The January’s issue of National Geographic features two different covers for their inaugural 2017 edition. This launches a new direction for the magazine. Out of the two covers, the most powerful is the feature of young transgender girl Avery Jackson who is quoted; 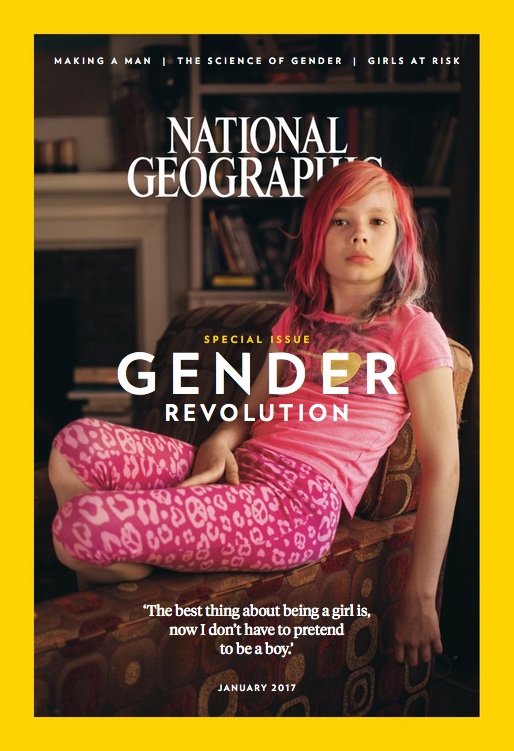 This Magazine is not only groundbreaking because it talks about Gender Identity, but because it explores ideas such as Disney heroines, the culture of man-hood, being an American girl, dangers of being a girl, roles of parental leave and ultimately equality based on gender roles.

The reception to the issue has been quite negative without it being released. It seems the idea of a balanced opinion has sparked insecurities.

The following “opinions” have been expressed and are often uneducated or unfounded.

“This issue has page after page about “Rethinking Gender,” with transgender leading the way, of course. But in reality, most of the magazine follows the same old same old National Geographic surface anthropological survey of various cultures around the world. Emphasis is on children and teens. Most gender crit folks in this group should find this old hat – and depressing.”

“Will people one day look back at magazine covers like these and wonder how it was possible that the sterilization and body-mutilation of Gendernon-conforming children was once not only encouraged, but celebrated?”

“It’s pedophile fantasy, on the cover of National Geographic…. the clothes, the pose, the hand on the crotch….”

Thankfully the reception hasn’t been all bad.

“Things like National Geographic putting a transgender person on thecover of their magazine and doing a special issue about gender makes me think that people are finally progressing a bit…opening their hearts and minds to EVERYone. Well done National Geographic”

The majority of the magazine is about gender equality and the oppression of males or females so it seems quite telling regarding the outrage. Those who choose to focus on the fact that gender diverse folk are featured as a negative are most vocal and most vile.

Personally we can’t wait for this balanced presentation of gender and gender spectrum, however it is received.

One thing we can bank on is that those who say they will never read the National Geographic again probably never have seen a copy in their life… at least till now.

Until then I can’t wait to buy a copy 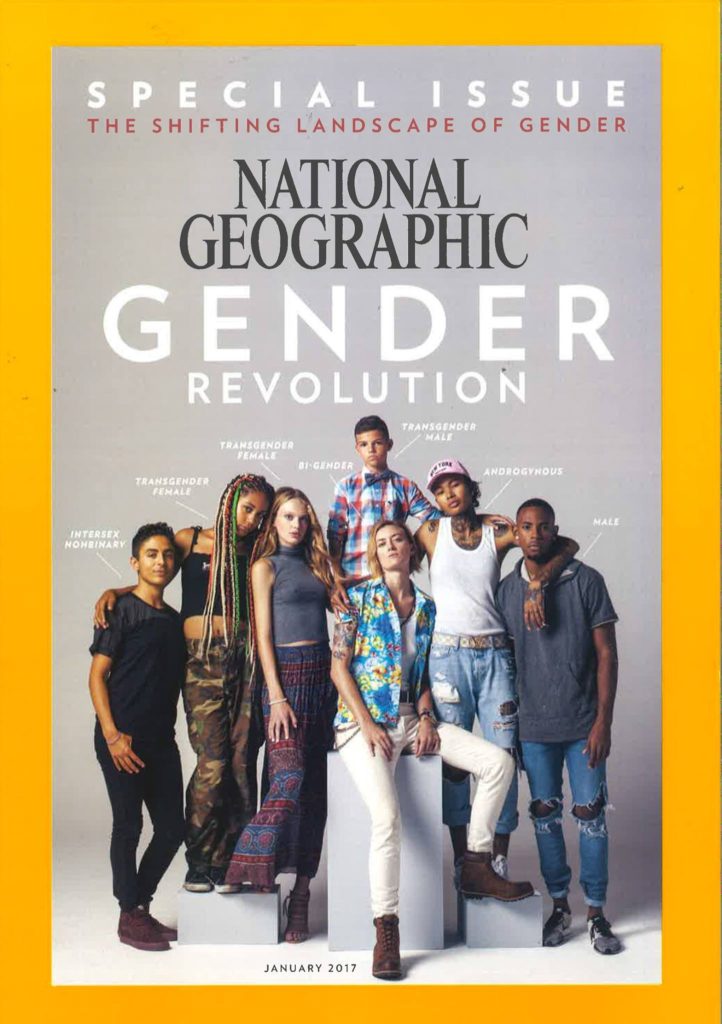